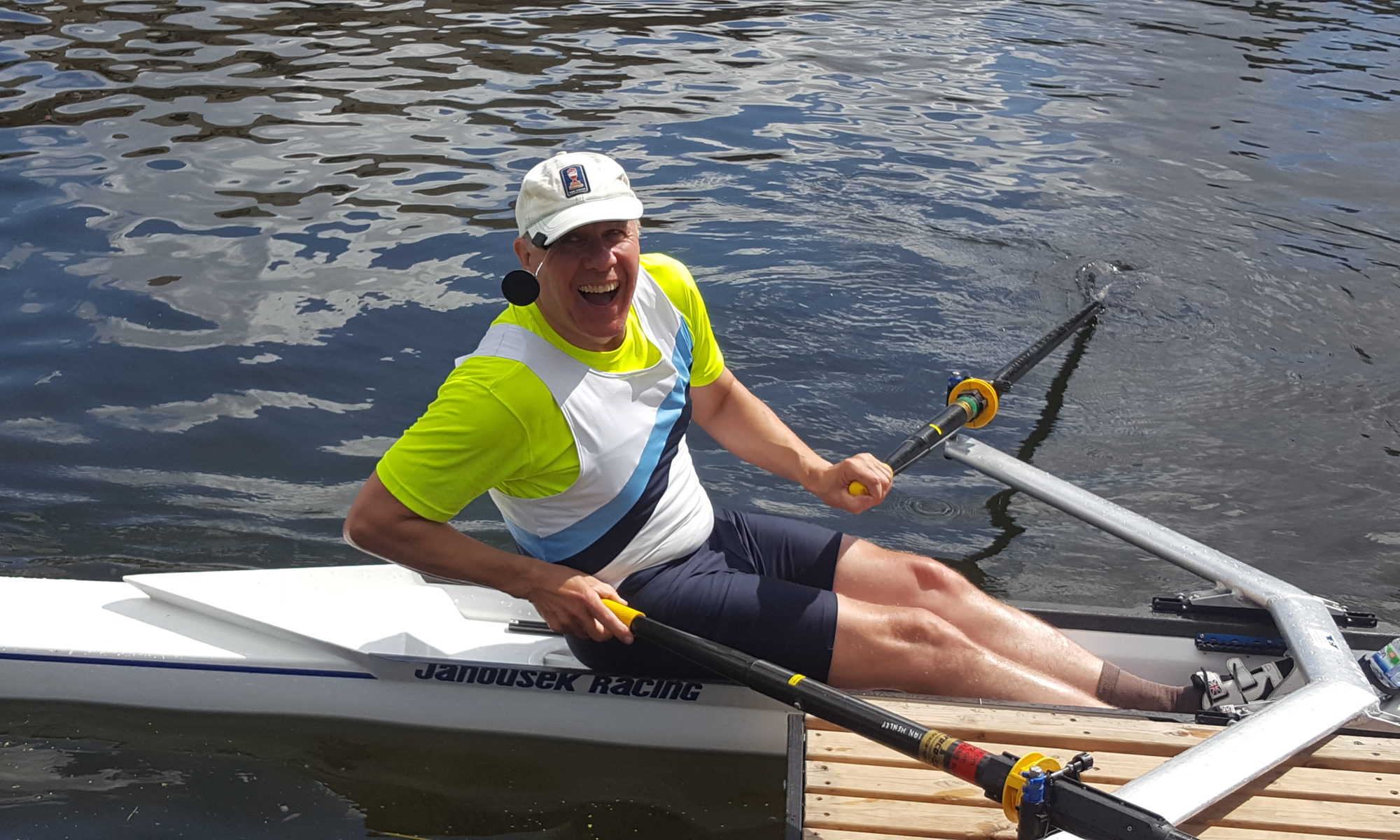 When I was 52, I had never seen a racing rowing boat before, but I came to Broxbourne Rowing Club because my sons were keen to give it a go. Rather than wait in the car, I decided to join them on the excellent Learn To Row course, and then joined the recreational squad. After a while, though, the racing bug got me and I started to organise competitive novice crews. We won our first race at Peterborough – even though our opposition caught two huge crabs and we left them far behind, they nearly caught us on the line but, a win is a win, and we all took a swim to celebrate!

Six years later I am a stone and a half stone lighter, and have won medals at some of the top regattas and head races in the country. More important to me has been the camaraderie: building crews, improving together, and finally earning the opportunity to row with and against some of the best Masters rowers in the country, world champions, internationals and Olympians. There is nothing quite like competing in a fast boat.