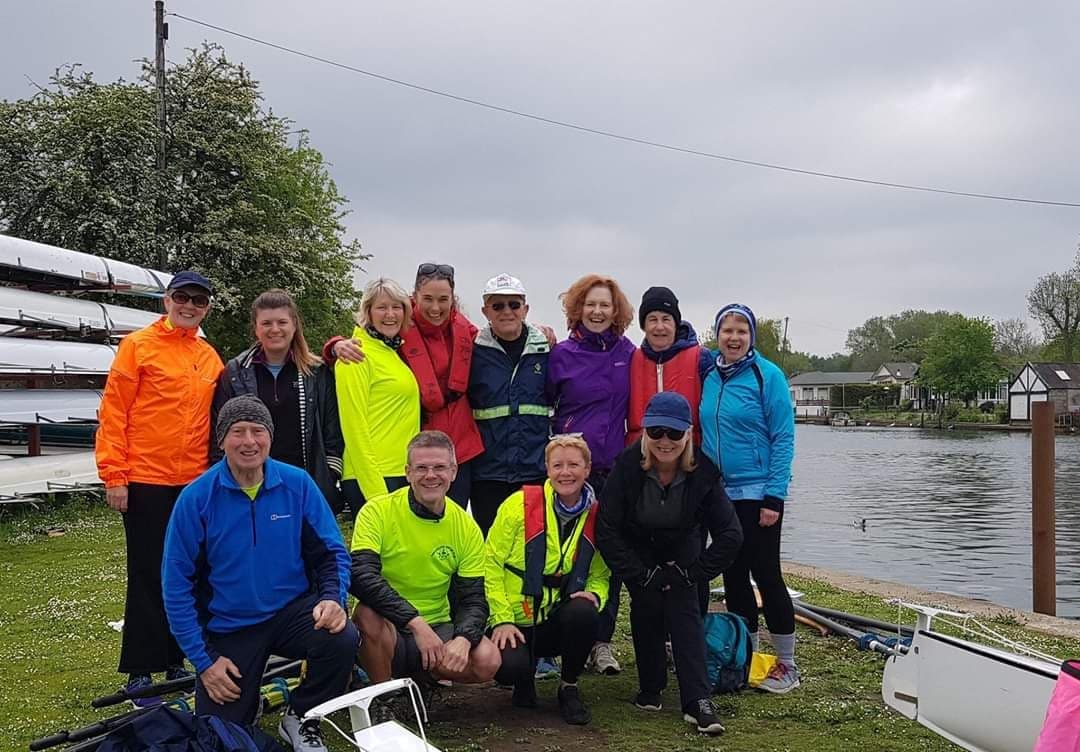 From Lithuania to Ludham (on the Norfolk Broads) and the Lake District, the ‘Recs’ have ventured a little further afield this year. Sunshine around Vilnius was not matched by the two UK tours, with high winds and driving rain curtailing our efforts at Horning, on the Broadlands Tour, and on Bassenthwaite and Ullswater, on the British Tour of the Northern Lakes. However, there were still inspiring rows to be experienced on Hickling Broad and Derwentwater, and as usual, the company on both trips was much enjoyed. We fared somewhat better with rowing conditions on the Thames: from Henley to Wraysbury (two-day BRC tour), Weybridge to and from Molesey with the Weyfarers, and Goring Gap to and from Wallingford with the Stallards. The usual home water expeditions were also completed without even a bike-tyre puncture: to Cheshunt as a warm-up in February, to Roydon in March, to the Lea RC in May, and to Ware with Maidstone Invicta in July.

Not content with these exertions, an increasing number of Recs are finding an appetite for racing. Perhaps stimulated by success at the Lea Spring Regatta, and our own Splash ‘n Dash, crews also competed in two Milton Keynes Regattas, and in the Maidstone Skills Race. We were dominant at the last M-K Primary events, due surely to the organisation of training in consistent crews for the three weeks leading up to the event! This was a rather foreign concept for the squad, which prides itself on the flexibility that allows people to turn up and row as and when they can. Some 65 have done that this year, with 30-40 rowing at least once each week over the summer, and many twice. However, it is not foreign to our twin aspirations to make continuous improvement, and to ‘export’ people to the racing squads when they have settled into their rowing. It is to be hoped that the new coaching set-up will expedite this. Meanwhile, I must again gratefully acknowledge the massive contribution of Chris Moody to coaching, as well as coxing and general organisation of the Recs.

This is my eight annual report and I have run out of interesting things to say, so it is plainly time to step down. I’m very pleased that Malcolm Hingle has stepped up to the plate…or should I say ‘hopped’…and he will now introduce himself.

It goes without saying that Broxbourne Rowing Club and in particular the Recreational rowers owe an enormous debt of gratitude to Chris Lawn. Over the eight plus years that Chris has been the Vice-Captain the Recs have gone from struggling to fill an eight to over 65 members. An amazing achievement and this does not include other members that have passed onto rowing boats on the top two shelves in the boat house. As the new Captain of Vice, I wish to continue a friendly squad embracing all who enjoy rowing in all it’s forms. Hopefully helping everyone reach their potential within the club.